Two signatures of the movement make up Triptyque [A], that given by the gestures of the performers and that provided by the elements of the calligraphic texts. n + n Corsino have produced a series of creations on the relationship of movement between calligraphy and choreography. It is the animal and vegetable origin of the calligraphic line as a stylization of moving forms that interested them: the gesture makes a sign.

This creation is the result of an order made as part of the Year of France in Korea, 2016-2017. It brings together Korean and French artists and partners. Joining the project are dancers and performers Bo-ra Kim and Jae-duk Kim, calligrapher Mihwi Park and young author Yu-joo Han.

The publishing house De Crescenzo, based in Aix-en-Provence, specializing in the translation of Korean literature, accompanied us in this project. 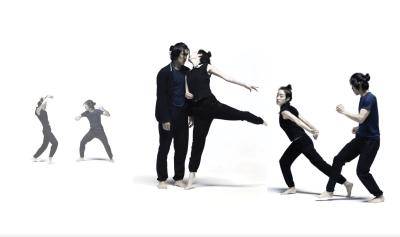