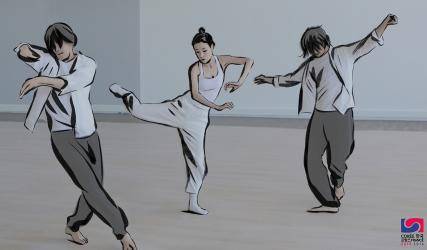 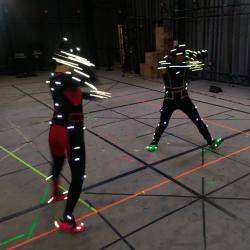 Between the lines - interactive choreographic navigations

Presentation:
Between the lines is based on texts by Han Yu-joo and Claudine Galea, treated like a graphic novel in which words, images and sounds form mutual hybrids in an interactive narrative process and create the imaginary construction of gestures and body movements.
A series of choreographic sequences play on these concepts and use this motif as their basis. They will be related in a signature of movement – the movement that of the bodies and that of the writings – with the elements of the calligraphed texts in Korean, and will include the development of specific technological tools.
This creation involves Korean and French artists . It will be in the form of interactive installations. Scenographic lighting will create relations between the image systems and thearchitecture of the exhibition venue.