SILENT PARTY perceptions of movement and time in silence

SILENCE[S],a national programme proposed by the National Theatre of Chaillot, is echoed in Marseille on 12 and 13 October with SILENT PARTY, initiated by SCENE44. n + n Corsino. These two days bring together artists and researchers interested in the perceptions of movement and time in silence.
While dance provides a unique cognitive perception of time in silence, the support of scientific research centres such as PRISM (Perception, Representation, Image, Sound, Music) and ISM (Institute of Sciences of Movement) has enabled us to develop thinking and research in fields such as sonification of the gesture, the implementation of a new urban and industrial sound aesthetic, or the recomposition of a silence as a listening envelope. Many thanks to Richard Kronland, director of PRISM, and his team for all the fruitful and jubilant exchanges that have allowed these conversations, events and performances to be organized.
Each movement of bodies and objects has its own signature which is revealed, measured and appreciated in variable and relative silences. This quality defines real-time writing that is updated by each event. This is true for dance, but not only dance. SILENT PARTY is taking place during Actoral festival of contemporary writings, and Claude Régy is featured in both events. During the meetings with Hubert Colas some propositions have been crossed in their format and presentation
SILENT PARTY received the listening and the attention of Angelin Preljocaj which welcomes us in the pavillon Noir for the day of October 13th. This partnership expresses a relation in the shape of happy trade guilds which we pursue with the National Ballet according to the years and the cases of projects, as the expression free of flow between Aix and Marseille.
To be silent is not to say nothing.
n + n Corsino

SILENCE[S]is a national programme proposed by the National Theatre of Chaillot
at the initiative of Domimique Dupuy. 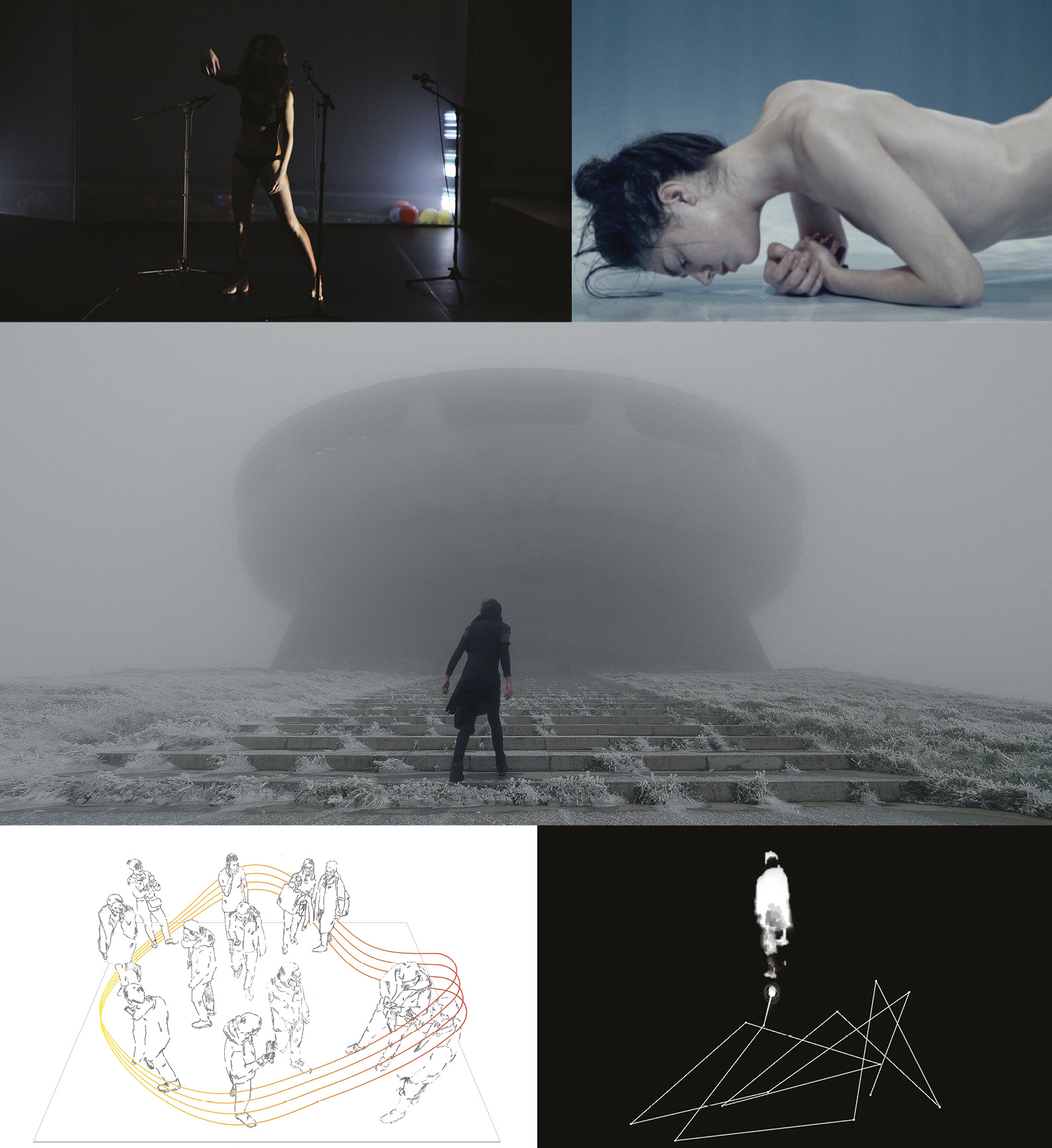