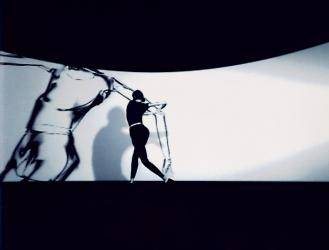 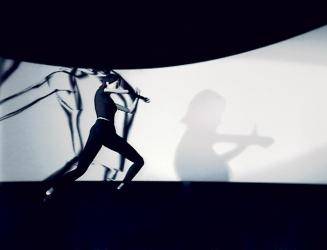 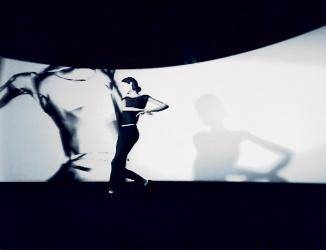 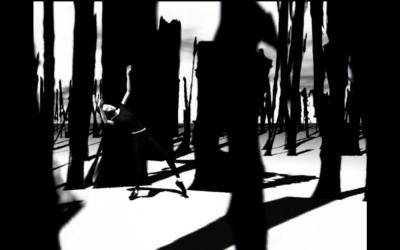 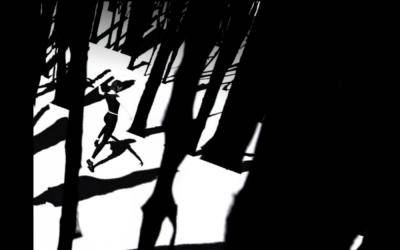 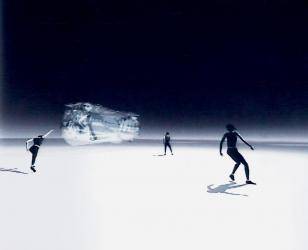 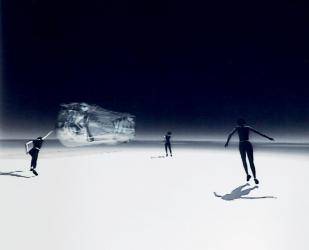 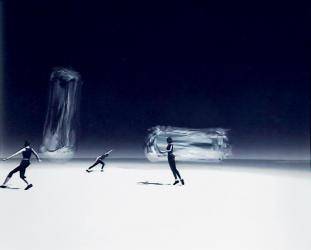 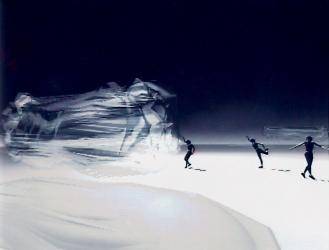 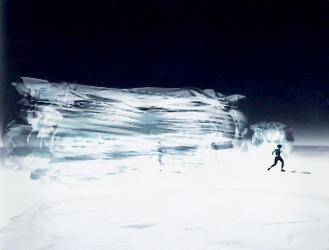 The scenario of Captives is built around movements of women driven by behaviour of refusal. The actions and the imagination that result from this attitude are the material of this short fantasy tale. The movements of the bodies of female dancers (Nicole Corsino, Ana Teixido, Carme Vidal), recorded in motion capture, is applied to their clone. As in an animation film, bodies and spaces undergo all kinds of deformations, and dance is plunged into a world of reflections. With a concave screen, virtual mist and forest, beaches of giant crystals, a futuristic city made up of screens, the scenographic design proposes dissociated worlds, explored by the camera’s virtual movements. Special effects create a completely strange climate.
Irène Filiberti Images de la culture, C.N.C.

With the participation of: Canal+ and the French Centre National de la Cinématographie