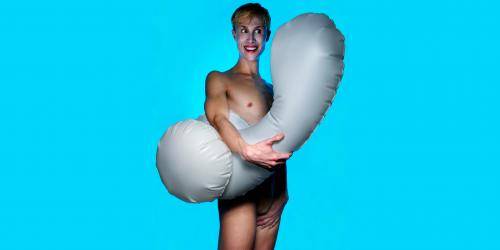 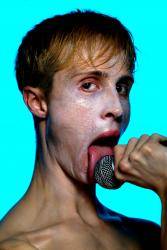 A long-standing collaborator of choreographer Boris Charmatz, dancer and performer Matthieu Barbin presents his first piece, Totemic Studies.
With humour and energy, Barbin attempts to make up his own totemic rituals.

An old tradition sees in any solo a concern of self-portrait, subject of the tense link between an individual and a community of spectators. Matthieu Barbin therefore takes this ritual with a strong comic potential as a starting point to question what it means to perform.
River texts, reflections on the solo exercise, physical ultra-presence, and artisanal manipulations are all tools he uses to embrace and deconstruct the categories of his visibility. He engages in a game of recovery and unveiling of the strata that constitute the social and performative being, then ends up mocking himself.
Because it is also a question of talking about this absurd ritual, never without consequences, of a body that stages itself, thus convoking an audience, a space, a situation and then seeking to extract itself from it. Slipping between abstraction and eroticism, Matthieu Barbin becomes an object and subject, mirror and bath revealing his time.