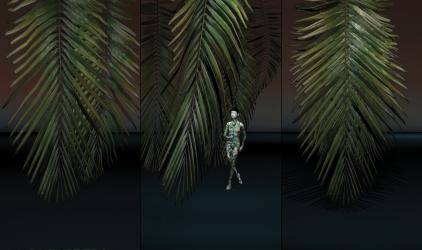 Claudine Galea writing residency for the choreographic creation Event by Eleven by n + n Corsino.
23 > 28 may 2022

I have been writing for n+n corsino for a long time.
It is an adventurous exploration of forms, genres and genders, that is to say, a disruption of forms and a form of degendering.
That’s what I love about writing and, moreover, our mutual freedom is also the place of our imagination.
These “passages” that I come to write and which are the moving place of their new creation, are for me like a short story, whereas they have the appearance of a haiku. The place of a probable loss of meaning when the senses of two people mingle and brush against each other.
The encounter is not an end result, not an objective, but a romantic escapade.
It is what is called a story, of which the words make pictures.
Claudine Galea

Claudine Galea writes plays and novels. She is writer in residence at the Théâtre National de Strasbourg directed by Stanislas Nordey, who directed Au Bord (winner of the Grand Prix de Littérature Dramatique 2011) at the TNS and at the Théâtre de la Colline, Paris, in March 2022 with Cécile Brune. She is also writer in residence at the Théâtre des Amandiers-Nanterre under the direction of Christophe Rauck, and she won the 2019 Grand Prix de Littérature Dramatique Jeunesse for Noircisse and the Collidram Prize for Au Bois. Her latest work Un sentiment de vie was staged at the Théâtre de la Bastille in Paris by Jean-Michel Rabeux in September 2021 and at the Schauspiel Theatre in Basel by Émilie Charriot from October 16, 2021. Her play Je reviens de loin was adapted for the film Serre moi fort directed by Mathieu Amalric. Her plays are published by Editions Espaces 34. Her latest novel Les choses comme elles sont was published by Editions Verticales in 2019.