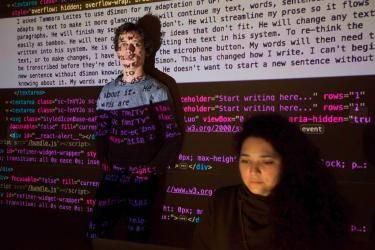 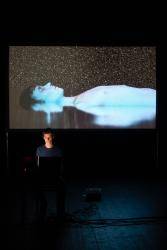 In the context of immersive investigations of which he is the candid hero, ready for anything, Simon Senn allows himself to be challenged by digital identities into which he slips and gets lost. After exploring himself in the virtual body of a British fine arts student for his previous creation, he now finds himself grappling with dSimon, a double of himself composed by a cutting-edge artificial intelligence to which he has provided all his personal data for the purposes of researcher Tammara Leites’s academic project. Surprise: like a 21st century HAL 9000, the chatbot says problematic things and seems to have a life of its own. To deal with the problem, Simon Senn relies... on his own avatar of himself, which guides him to the stage.