with partnership of MONTEVIDEO

VITAMINA is the collective under which Alessandra Ferreri - (direction & dramaturgy), Joshua Vanhaverbeke - (light & sound design), and Matteo Sedda - (choreography) develop their practice, a hybrid language of dance, visual art and performance. We are specifically interested in discovering the cracks and glitches in our system, which disturb and trigger us for their potential of questioning basic human conditions. We focus on exploring the relationship between choreography, sound and light, with the aim of delivering an engaging sensory experience. Vitamina is based in Brussels, with active projects in Belgium, Italy, and France.

The mechanism of scrolling is for us the perfect metaphor for the great acceleration in which we live, frenzy of technological revolutions in recent history. In a very short time, it has completely changed our frame of reality, and became a vital instrument at the heart of today's attention-based economy.
With NeverStopScrollingBaby we analyse the hidden strategies behind its huge success. We explore this digital impact through an analog choreographic language, experimenting with the dynamics of excitement and frustration which feed the scopic craving for more and more, keeping the consumer constantly glued to the screen.
During this residency we are specifically interested in developing new narratives for the LED installation, which has a fundamental role in the project, and its relation to the choreography. Through a research on entertainment codes, tension and climax, we are developing an organic and audio-reactive breathing/pulsation mechanism as the guiding principle for the piece. 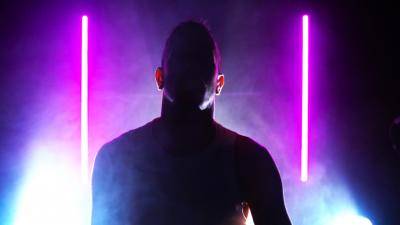 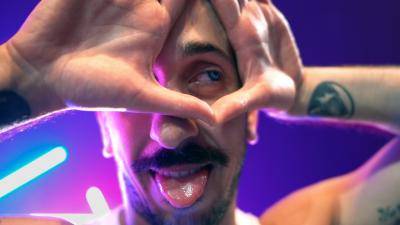